Ancient India And The Noble Elephant 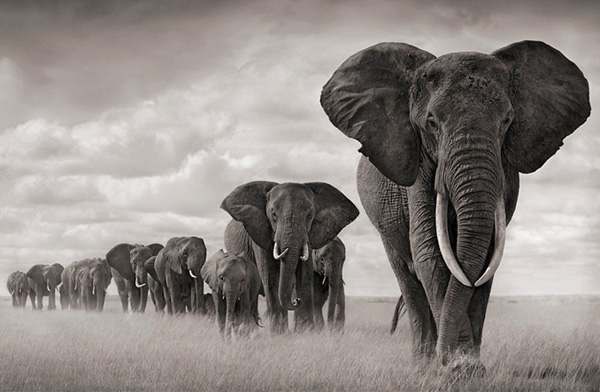 When feeding, the elephant ordinarily drinks water, however, during the fatigues of war, it is allowed to drink wine which has been prepared from rice. Attendants go in advance of their elephants and gather flowers for them, as they are very fond of the sweet perfume. Accordingly they are taken to the meadows where they are trained under the influence of the sweetest fragrances. The elephants select flowers according to their smell and as they uproot and throw them, their trainers collect them in baskets. Once this is done, the elephant bathes, enjoying his bath with all the zest of a consumate voluptuary. 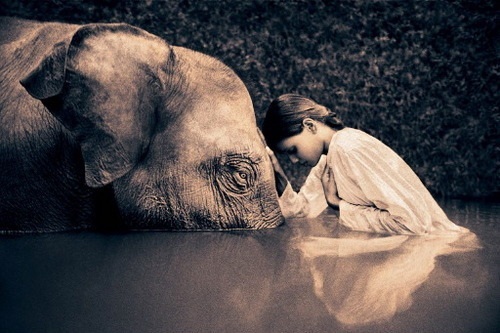 On returning, he is impatient to have his flowers, and if this is in any way delayed he begins to roar and will not touch his food until his flowers are brought before him. This done, he scatters the flowers around the edge of his trough, and uses the fine scent as a kind of relish for his food. He also strews a good quantity over his stall, for he loves to have his sleep made sweet and pleasant.

If fully grown when caught the elephant is difficult to tame, and longing for its freedom, it thirsts for blood. Should it be bound in chains this exasperates it even more and will not submit to a master. The Indians however coax it with food and seek to pacify it with various things for which it has a liking, their aim being to fill its stomach and soothe its temper. However, it is still angry with them and takes no notice. To what device do they then resort? They sing to it in their native melodies, and soothe it with the music of a four stringed instrument called a skindapsos.

The elephant now pricks up its ears, yields to the soothing strain, and its anger subsides. Then although there is an occasional outburst of its suppressed passion, it turns to eye its food. It is then released from its bonds, but makes no attempt to escape, being enthralled with the music. It even takes food eagerly, and like a happy guest, has no wish to go, due to its love for the music. 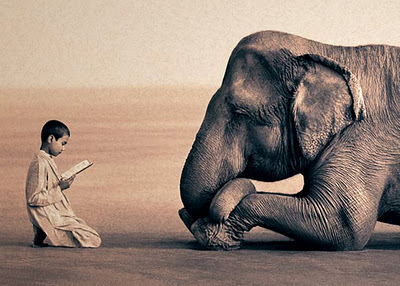 Once, there was an Indian elephant trainer who fell for a white elephant calf. Bringing it to his home, he gradually tamed it and would often ride upon it. He became very attatched and the elephant loved him in return. Now the king, upon hearing about this, wanted the elephant for himself. The owner, grieving at the thought of another becoming its master, even if it was the king, refused to give it away. And so at once the owner left, making his way to the desert astride his favourite elephant.

Enraged, the king sent men in pursuit, with orders to seize the elephant and capture its owner, who would receive suitable punishment. The owner fought valiantly, fighting from the back of his elephant, who in turn fought on behalf of its master. Having been wounded heavily, slowly, the Indian slipped down to the ground. The elephant, true to its salt, bestrode him and protected him as soldiers use their shields to protect a fallen comrade. After repelling the attackers, the elephant twirled its trunk around its master and placed him on his back, carrying him home to his stall, remaining with him like a faithful friend. 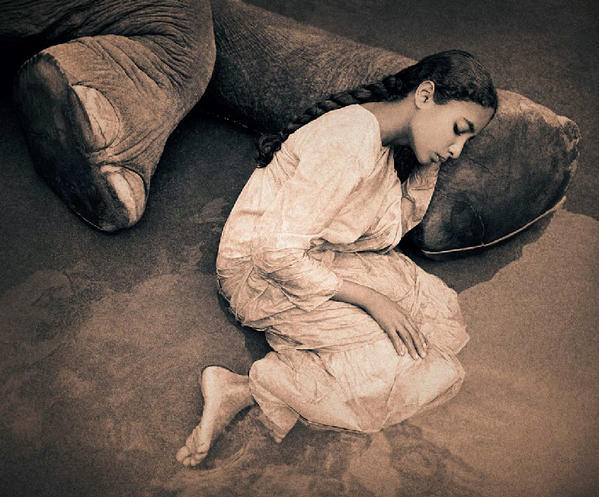 A similar story is told in "The life of Alexandra" by Plutarch. "Once, during a battle, an elephant gave extraordinary proof of his sagacity and care for the kings person. As long as the king was able to fight, he defended him with great courage, repulsing all his assailants. And when he perceived his master was about to sink, under all the darts and wounds he was forced to endure, to prevent him falling off, he kneeled down in the most gentlest of manner, and after placing him on the ground, he proceeded to pull out, with his trunk, every dart which had entered the kings body."