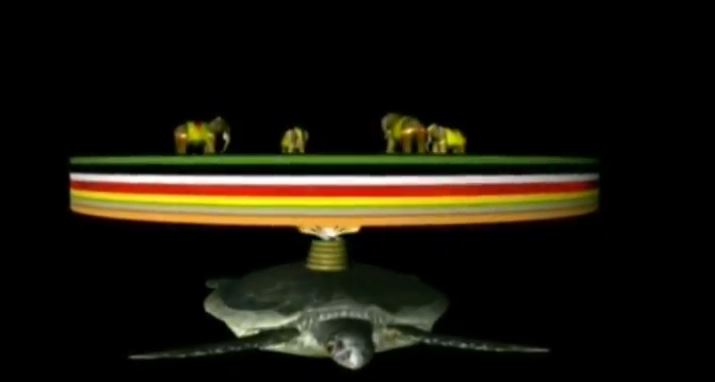 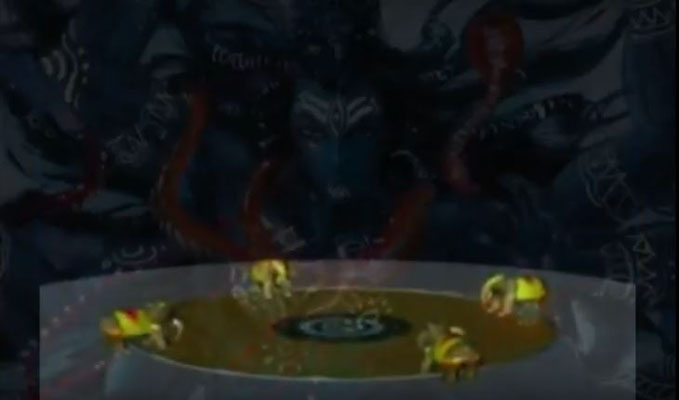 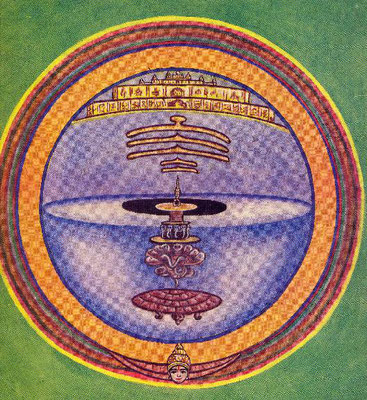 Classical Sanskrit literature has references to "World-Elephants" as mythical animals supporting the world in Hindu cosmology. This image augments the stock of mythological world-bearers over the earlier World Turtle (Kurmaraja) and World Serpent (Nagaraja or Shesha).

Bhu-gola is the lotus like sphere of Bhumandala with its deep earth holding the subterranean heavenly realms of the asuras and nagas etc as well as the plane of bhumandala complete with islands and oceans which are compared to lotus petals and leafs of the bhumandala lotus . All these are meru centric with the pericarp of Mt Sumeru in the centre and the lotus cup at the border of the inhabited region being the loka loka mountains. These extend upwards past svarga effectively containing all the celestial bodies and planets within a lotuslike cup .Beyond the loka loka mountains is aloka varsha another land as big as the inside realm of lokaloka, it is just like a lotus leaf surrounding the lotus flower of bhumandala within. .